Run the thread in the sequence illustrated, following the pink color and the numbers next to each threading point. 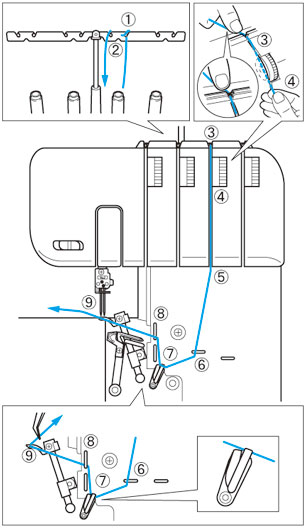